The development of a highly industrialized and society depends to a large extent on the future energy supply. Energy must be available to the customers, being provided in any time and location, if possible, from renewables.

A novel technology should be developed in the ITC for high effective carbon converting from different regenerative sources directly into electrical energy, using Direct Carbon Fuel Cells (DCFC) (Fig. 1, left side, red marking). This approach is easily scalable, being used, for example, for the reductions of the residual load or the H2O electrolysis. The advantage of the DCFC over the classic steam process is that only pure CO2 stream is generated as exhaust gas. The concentrated CO2 can be used in stationary applications, for example, in chemical industry, being direct carbon carrier (Carbon Capture and Utilization, CCU). The DCFC has significant advantages over conventional coal-based systems for energy conversion, which are limited in their efficiency by the Carnot process. Theoretically, the maximum efficiency under normal conditions for a DCFC is 100 %, since in the chemical reaction of carbon with oxygen to CO2, the amount of the Gibbs energy is greater than the standard enthalpy of formation. At the ITC, the DCFC should be implements as Molten Carbonate Fuel Cell (MCFC). The electrical efficiency of the known prototypes is between 60 % and 70 %. 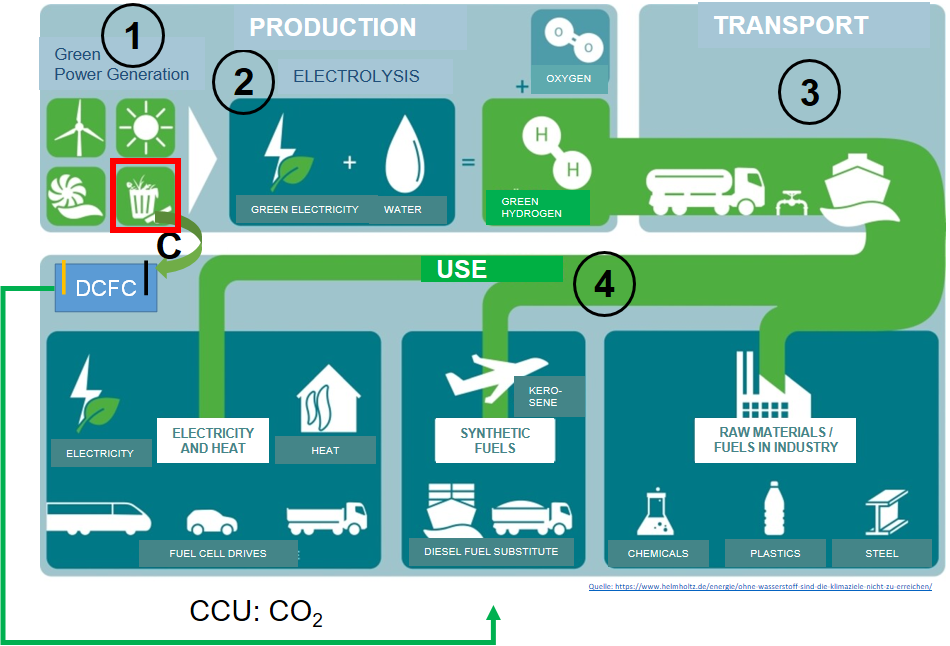 Fig. 1: Generation of "green electricity" from biogenic carbon with a DCFC and an example of H2 production via electrolysis.

1: Electricity generation: fluctuating and residual;
2: Electricity for electrolysis;
3: Distribution of H2;
4 (a, b, c): Use of H2